Spos New Year’s Eve is that bit of the year where everyone thinks about what they did (and didn’t) get done in the past twelve months, and what they reckon they’re gonna get done in the next twelve. 2012 was without a doubt our most interesting and successful year yet. After we got invited to play with Dropkick Murphys in Melbourne (dream made, pants wet etc) the dudes ended up taking us back to the US of A for their East Coast tour where we hung out with Frank Turner (and played some other shows with him). Then we ended up being the first Celt punk band to play CherryRock12 in legendary AC/DC Lane and supported Anti-Flag, Strike Anywhere and The Flatliners. Played Drunken Moon Festival with Brothers Grim, Gay Paris, Jackson Firebird, Howling Steam Train and Kira Piru & The Bruise; toured Brisbane and Sydney a couple of times and finished the whole shemozzle with an epic New Years Eve party for Black Cherry in Sin City – playing with champions Area-7 and Barbariön. No time for snoozin’ though. The tour calendar for 2013 is shaping up to be a beauty and there are new recordings and a big fat Celt album coming out as well. Stay tuned, cats! 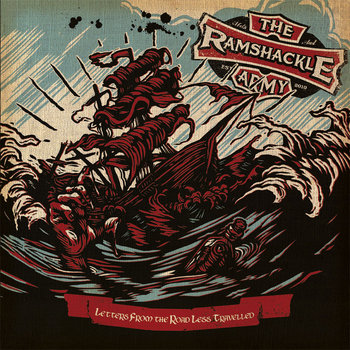